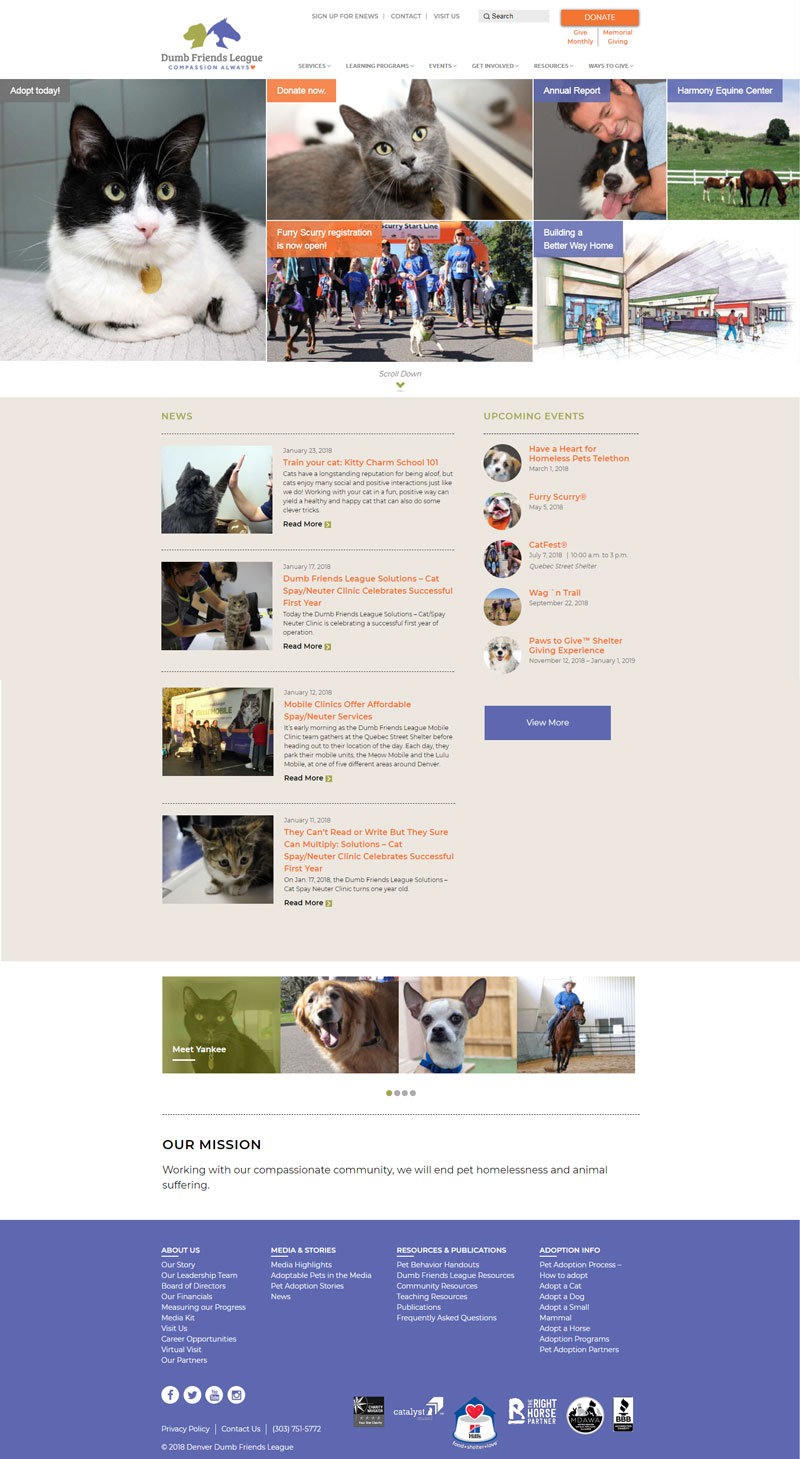 The Dumb Friends League site is used to promote the animal shelter's mission, adoptable pets and other services offered. The original site was not developed by me, however, I have made many customizations and updates to the original site and manage the content on the site. The outline of the homepage, for instance, was a new development. The previous site featured a large slider, where the user saw one image at a time. Usability testing showed that users did not use the homepage slider for navigation and instead exclusively used the top navigation. The slider was intended to feature the League's important messaging but was lost on the users. The new outline allows more messaging to show to the user at once and acts more as buttons than the previous scrolling images. The new site also has a separate micro-site within it for Spanish speakers.